A compelling and urgent move entails all kinds of limitations, but also offers unexpected opportunities. The Belgian branch of insurance and reinsurance group Athora discovered this when it had to migrate an essential part of its local application landscape on a very short notice. With the help of LACO, premier SAS partner and data specialist, they moved their SAS environment to the cloud.

Athora Group acquired Generali Belgium, requiring the integration and transformation of the IT environment. A small – but important – part of the infrastructure wasn’t hosted in the company’s remote data center, but in the old office building. As Athora Belgium was moving offices, this asked for a different approach.

LACO suggested to abandon the on-premises concept and migrate the applications to a privately encrypted public cloud.

After building and testing a Proof of Concept, the migration project resulted in more flexibility and better performance. Besides offering a flawless level of availability and service, the solution is better aligned with Athora’s corporate IT strategy.

Setting the scene: What’s up?

In January 2019, Athora Group acquired Generali Belgium, which had been active on the Belgian insurance market for nearly 120 years. Today, this insurance provider offers a broad range of life insurance solutions to some 200,000 individual and corporate customers through its network of more than 500 independent brokers and financial advisors. Athora Belgium currently has 220 employees.

“With an acquisition comes integration, transformation and inevitably IT too”, says Nicolas Campodonico, COO of Athora Belgium. And those are precisely the three responsibilities that he was entrusted with after the acquisition: first as Head of Integration and Transformation, then as CITO. “My main assignment was to design the systems to fit into the Athora environment”

The integration and transformation process that followed the acquisition by Athora included a physical move to a new office at a new location in Brussels. However, it was not intended nor possible to move the existing ICT infrastructure along. “Most of our infrastructure was located in a remote data center. There was no immediate problem there. However, a smaller but nonetheless important part of the same infrastructure was still located in our old office building. So we had to find a solution for that suboptimal situation. And quickly as well, because the move was already planned six months later.”

That ‘smaller part’ of the infrastructure included a limited number of servers running a few critical applications supporting, among other things, risk management and simulations. Those core applications, including a cash flow prediction engine, were developed in-house a long time ago using SAS technology. Over the years they had also grown organically, resulting in a complex and untransparent environment which was difficult to re-engineer – at least not at a reasonable cost. Moreover, both the scalability and the performance of the applications left a lot to be desired. Generali had already managed to cope with that last shortcoming in the past. At the request of LACO’s SAS experts, their application and infrastructure landscape for risk management had already been optimized before.

“LACO had already a good understanding of our SAS platform and the actuarial risk model it contained. LACO therefore was ahead of any other supplier: they were familiar with our IT environment and with our business. In addition, we had only positive memories of our previous collaboration”, explains Nicolas Campodonico. “So when we had to decide on the right SAS migration partner, LACO was the logical choice.”

A physical move also implies a physical migration of the ICT infrastructure, you would think. But in close consultation with the Athora project team, in Belgium and at group level, LACO soon came to the conclusion that such a traditional migration was no longer feasible, if only because of the tight timing. The complexity of the existing environment also played a part in this consideration, in addition to the fact that the infrastructure requirements did not match the standards of Athora Group’s hosting facilities. Migrating to Athora’s corporate data center in Germany was therefore not an option either.

The only remaining realistic option was to abandon the on-premises concept and migrate the risk management applications to the cloud. Moreover, this option fitted well into the strategic IT vision of the Athora group, Nicolas Campodonico emphasizes. “We use a number of architecture principles for our infrastructure, including Cloud First. We have opted for the hybrid cloud at group level. The only question was: which cloud should we best bring those SAS risk management applications to? To the private cloud in our own data center? Or to the public cloud?”

After analysis, the latter turned out to offer a lot more advantages, both in terms of flexibility and implementation speed and in terms of future hosting options. “Unfortunately, regulatory restrictions in Belgium prevented us from going all the way for the public cloud. Together with LACO, we found a compromise: the privately encrypted public cloud. By adding an extra layer of security to the public cloud, we have expanded and refined our hybrid cloud model in a sense.”

Building and testing a Proof of Concept

The tight deadline didn’t prevent LACO from conducting a thorough assessment before the actual migration to the cloud. Because the performance of the applications should certainly not suffer from this migration, the LACO experts also set up a Proof of Concept (PoC) and carried out tests for about a week. In the end, after identifying the best performing server instances, the applications in the new environment turned out to perform even better.

No matter how complex the project was, it didn’t stop LACO from performing a number of side tracks with extras. One of these was the isolation of the data flows for the non-life insurance activities of Athora Belgium, which were acquired by Baloise Insurance during the migration process.

Aligning with corporate IT strategy

“We had to migrate anyway”, concludes Nicolas Campodonico. “But we absolutely wanted to migrate to a solution that would give us more flexibility and better performance. A solution that would be better aligned with the corporate IT strategy. We succeeded, within the set time frame. There is still room for growth. More than a year after the completion of the migration, I can only conclude that we have not had the slightest problem up to now with our SAS platform in the cloud. And believe me, I know from experience that this is quite exceptional. But really extraordinary is the willingness of the LACO team to engage on these kinds of complex projects – including the challenges and limitations that come with them – and its ability to bring those projects to a successful conclusion.”

“We use a number of architecture principles for our infrastructure, including Cloud First. We have opted for the hybrid cloud at group level. The only question was: which cloud should we best bring those SAS risk management applications to? To the private cloud in our own data center? Or to the public cloud?” 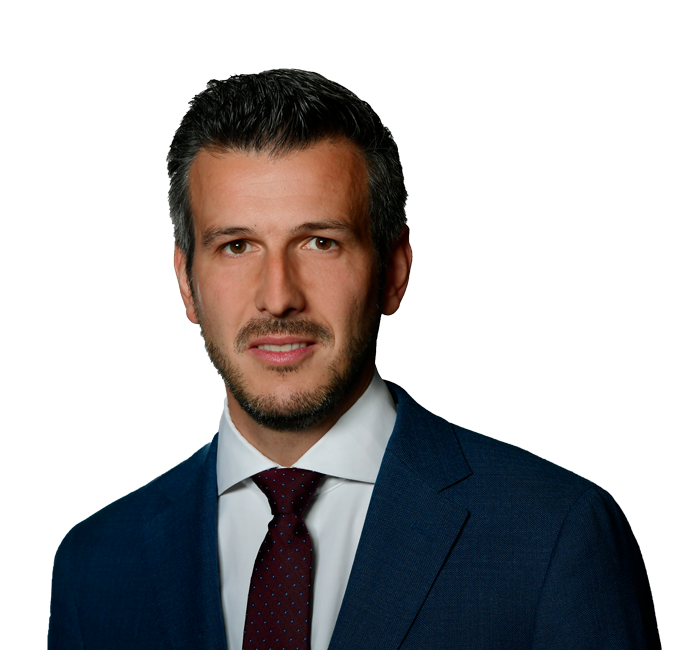 Moving your SAS platform to the cloud?

WE'LL GUIDE YOU THE WAY

Ready to unlock the power of data intelligence ?